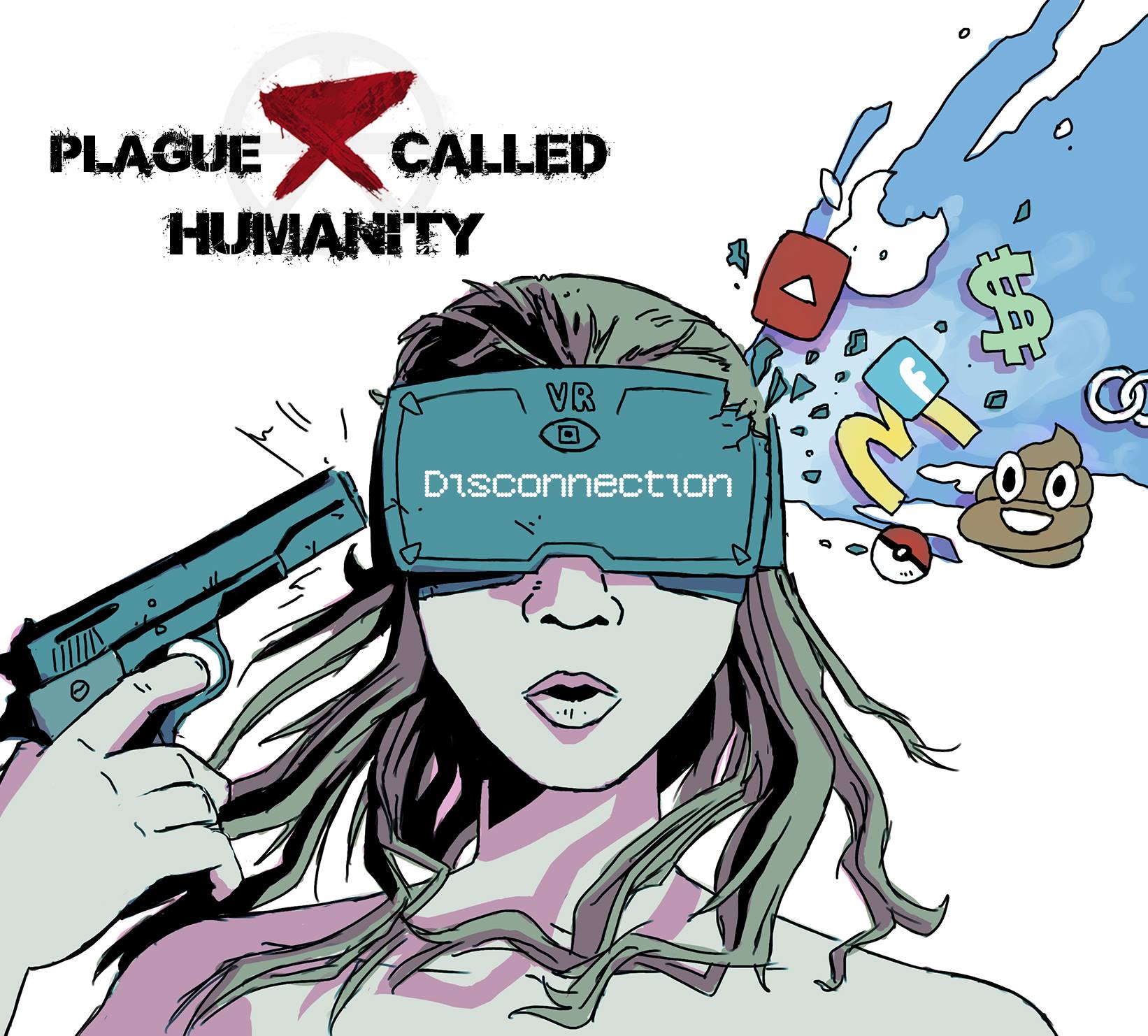 Plague Called Humanity is a unique mix of cyberpunk, EBM and digital HC, their music is wild and noisy and their lyrics speak about dark future and drawbacks of human society.The roots of PCH can be tracked back to 2008, but the first line up of the band (Alex - vocals, Willy - keys and Cypher - guitar) formed at the end of 2014.In this line up PCH created their first DIY demo "Cyber Trash". But in the middle of 2015, Willy left the band and was replaced by Dave (keys). With the addition of the fourth member, BereNika (drums), the band decided to choose a different, more compact and hard sound. Many concerts later, the band finally found its true face and they are working on a their first full-length record that will be relesed at end od 2016.